Major Update in the AlterVerse!

Co-op Battles — New Esports Website and much, much more. 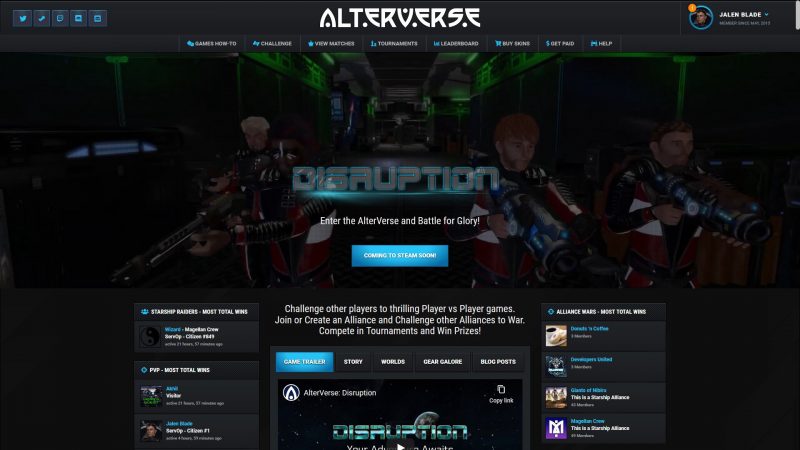 New Alliance pages on the site are highly customizable. Get just the look and feel you want for your team’s home. Display videos, screenshots, ranks, and lots of other information. Take a look HERE and HERE for examples.

We’ve just added an exciting co-op battle game mode called Alliance Wars. Get your friends together and challenge other teams to battle head to head.

We’ve also added a new XP Ranking system. Earn XP for almost everything you do in the game and move up the ranks doing the things you enjoy.

We even added a swanky VIP Box Seating area with a glass floor for Spectators to watch exciting Raid action from above the Ship’s Hold! 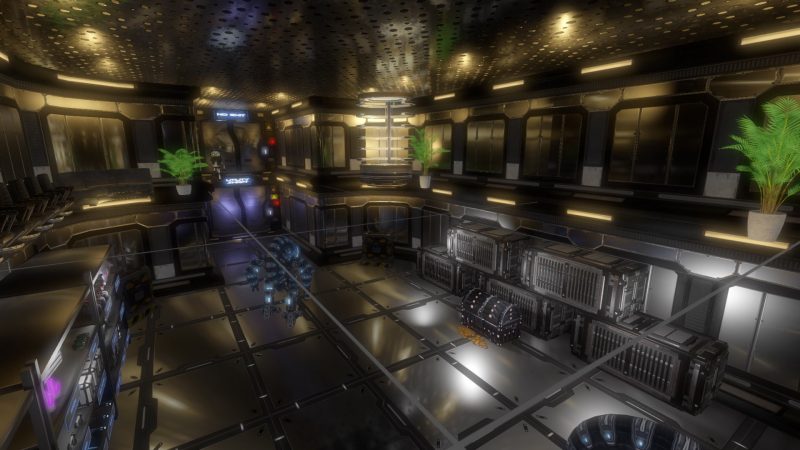 Get a Front Row Seat for the next Big Match!

Here’s a list of the extensive, super cool updates you can expect when you log in to the game the next time:

NEW — PvP Matches: Details are HERE — Added 4 PvP match types that will soon be programmed in-game. Players can currently challenge another player to a match, set a date, time, location and even a stake. Players can accept or reject challenges and submit scores after the match.

NEW — XP Rank System: Details are HERE — Players can now rank up and earn 19 different military style Rank Titles based on XP earned in game. Title and XP will be displayed on the player’s profile on the site and an abbreviated version will appear before their name in game. i.e. “Sgt PlayerName”.
XP Ranks will be displayed on the Leaderboard. Details can be found on the site under Games How-To>XP Ranks Info.

NEW — Economy:
Faces are now fractional — Allows adding prices to all consumable/perishable items like Food and Ammo.
Faces spent on perishables go to the server owner — Players now have something to spend their Faces on!

IMPROVED — Starship Raider:
NEW — Players now receive a load out of weapons and ammo when a raid starts.
FIXED — Teleporting is once again not allowed during a raid.
IMPROVED — The Yul’s have a longer leash so their location isn’t as predictable.
IMPROVED — Moving lasers make raiding via the gauntlet more challenging.
IMPROVED — Stationary crates make hiding from Yuls and other players possible.
IMPROVED — Increased damage caused by Drones weapon.

NEW — Added a VIP room with a glass floor for Spectators to watch Raid action from above the Ship’s Hold.
NEW — Added several new wall, floor and ceiling textures — improved reflections on others.
NEW — Added 4 Teleports to the Bridge to go to the Training Center, Mess Hall, Lounge, and VIP Box Seats.
IMPROVED — Replaced Teleport receptacle particle FX and made the light color change with the ship lights.
IMPROVED — Updated and reduced lights throughout the ship to improve FPS and overall look.
NEW — Added HDR Bloom to the ships.
FIXED — HUD name colors for Alliance Raiders.
IMPROVED — Lowered the volume on the footstep sound when walking and running through ship halls.
IMPROVED — Updated the Map with correct names and thinner borders.
NEW — Added background ambient sound to the Teleport Center.
FIXED — Removed circular shadows on boxes in Supply Room and elsewhere.
IMPROVED — Removed several lights from the Bridge to give it a spacier feel.
FIXED — Adjusted several doors that were set as clickable to open.
IMPROVED — Added some instructions next to big screen in the Crew Rooms.
IMPROVED — Adjusted Airlock Shock mesh to prevent jumping over it and landing outside.

NEW — Added an in-game Server Browser so we can travel to another ship/server without exiting out first.
NEW — Server lists now have clickable server name entries to show more details about each ship.
IMPROVED — Menu changes from My Avatar to My Skins, My Level to My Rank.
NEW — Added Send Faces function so people can send Faces to friends and so Raid leaders can pay their raiders.
NEW — Loading screen image.
NEW — We now check if character names are already in use before saving on Join As gui.
FIXED — Character names in the server info gui.

NEW — Nicer ammo boxes for all of the guns.
IMPROVED — Re-organized weapons and ammo shelves.
NEW — Added Name Labels to easily identify the items.
IMPROVED — Weapons shelves have a new texture and better collision to make picking up items easier.
NEW — Added spiffy large crates.
IMPROVED — Moved the Treasury box off to the side so Mech Droid 2 wasn’t firing into it.
NEW — Added gold coins on the floor and gold blocks inside Treasure Chest for effect.
IMPROVED — Made Mech Droids bigger and more menacing.

NEW — Server Owner can now customize the walls, floors, ceiling, and lights separately from the rest of the ship.
IMPROVED — Pushed windows in the center out more for a better view.
NEW — Added Teleport receptacle.
FIXED — Emissive lights on and above the bar.

NEW — Server Owner can now customize the walls, floors, ceiling, and lights separately from the rest of the ship.
NEW — Added plants.
NEW — Added ambient background sfx for immersion.
IMPROVED — Texture on tables — Added a row of tables.
NEW — Added a fake door to the fake kitchen.
IMPROVED — Stopped Cookie from wandering around and getting in the way.
NEW — Added Teleport receptacle.

IMPROVED — Made the lights and lasers change with the ship light colors.
NEW — Made some lasers move to increase difficulty.
NEW — Added crates for cover.
NEW — Added ambient background sfx for immersion.

Hundreds of hours of Events, Raids and Gameplay Testing!
Many thanks to all of our incredible players!